“You’re from New Zealand and you moved here?”

My awful German inevitably leads to this question on an almost daily basis. It’s asked in way that suggests Germans feel obliged to inform me that, actually, I was much better off staying home. I don’t fully understand this reaction. Sure, New Zealand is beautiful and we can even go shopping on Sundays if we want. But Germany isn’t all sauerkraut, terrible weather and funny leather pants; the country is filled with history, culture, and some incredible scenery of its own. Autumn colour in the hills above Heidelberg. This is the Odenwald, which you can reach by walking along the famous Philosophenweg. 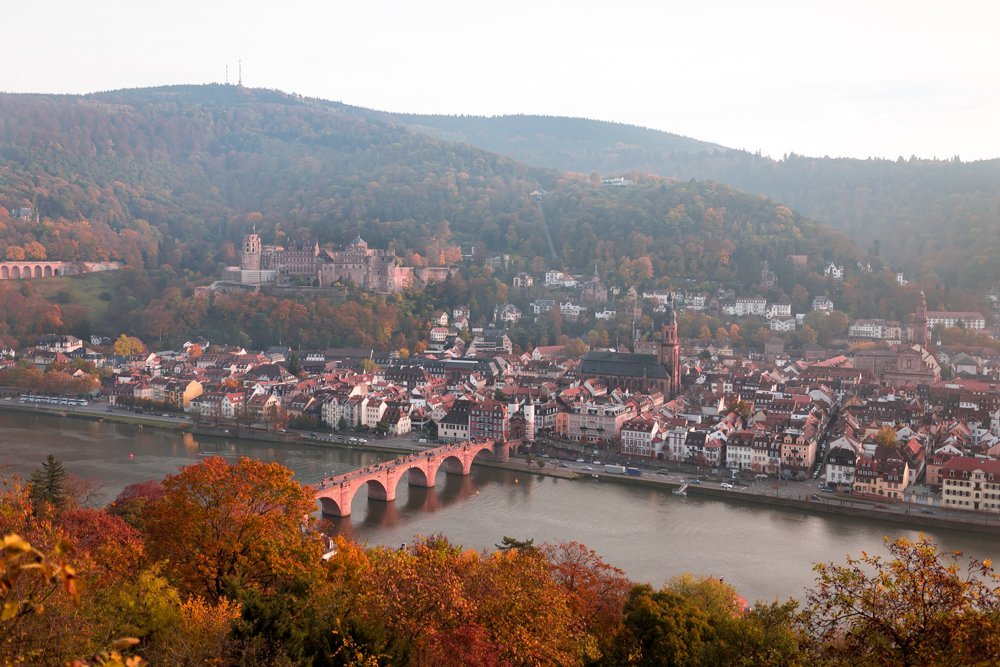 Heidelberg Altstadt and the Neckar river viewed from Philosophenweg. Surely this is one of the most beautiful cities in Europe.

Recently I celebrated one year of living in Germany. Aside from a daily frustration with the Germans’ lack of queueing etiquette, and the inability to pay by card at will (they are very suspicious of technology), I love it here. So much so that I’ve even taken a liking to sparkling water – the default version of water here. All I need is a decent beach and I’ll happily stay forever.

I think there’s an old fashioned stereotype that paints the Germans as serious, even a little cold. Sure, they do love structure and rules here, and sometimes their brutal honesty catches me off guard. But Germans are some of the most friendly and accommodating people out there. During my time backpacking around Australia, it was often the Germans who I found the most fun and the easiest to get along with. Everyone I meet seems to have a genuine curiosity about where I’m from and how I like it here, and they are all incredibly patient towards foreigners who at least have a go at learning their language. The Neckar winding its way past Heidelberg and towards Mannheim.

How did I end up in Heidelberg? Schloss (Castle) Heidelberg. The most iconic building in Heidelberg and one of the most famous castles in Germany.

In 2016 I cycled across Europe (from France to Romania) to raise funds and awareness for Cystic Fibrosis. Along the way I met a German girl who studies here in Heidelberg. Soon after returning to Australia I quit my job and decided to return to Europe and have a go at living the German dream.

Heidelberg is an incredibly beautiful city of around 150,000 people. It’s home to Germany’s oldest university (1386) and about 40,000 students. The old town is one of the major tourist attractions in Germany – and I live right in the middle of it. Coming from a country where 100 year old buildings are rare and marvelled at it’s sometimes hard to comprehend the fact that the castle out my window is from the year 1214. Needless to say I’ve spent a lot of time out and about photographing the city and it’s surroundings. 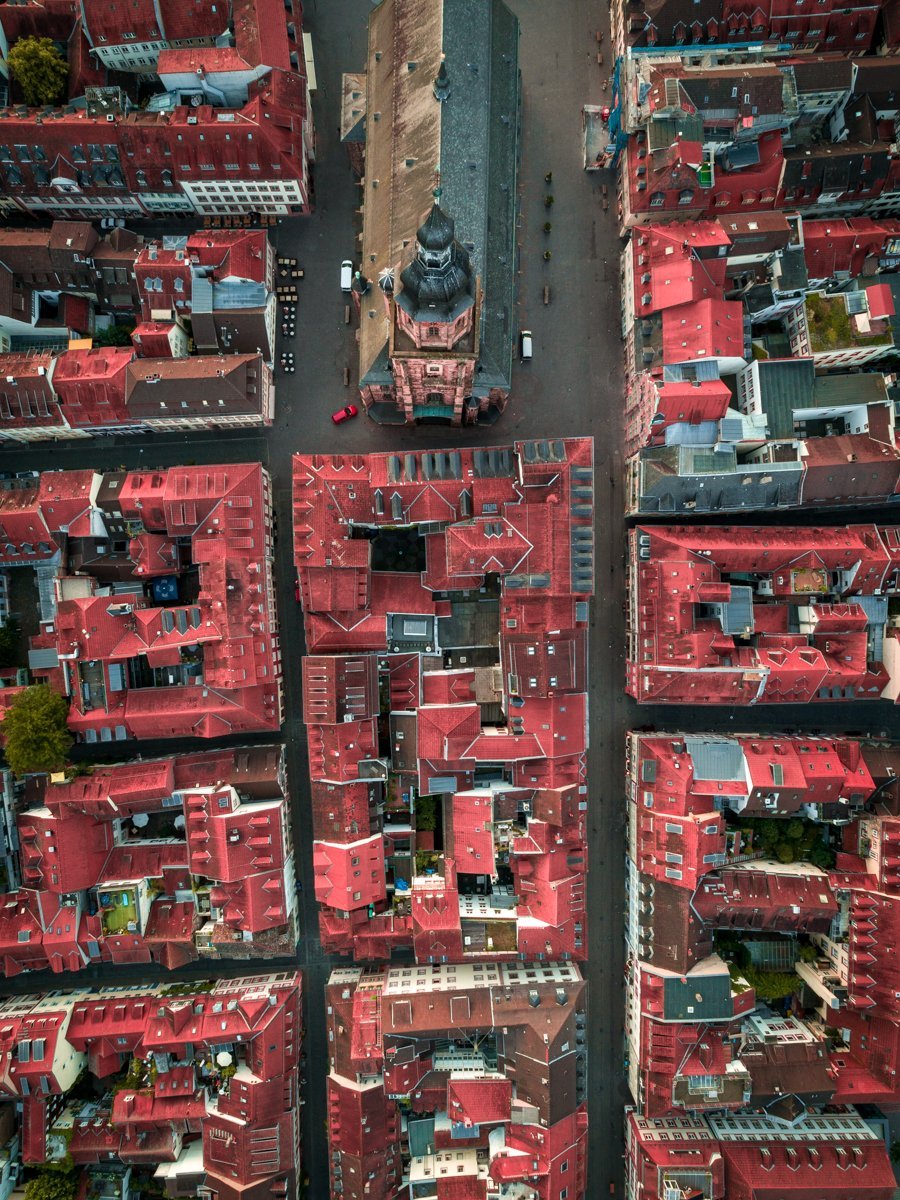 Heidelberg Altstadt and the Church of the Holy Spirit. 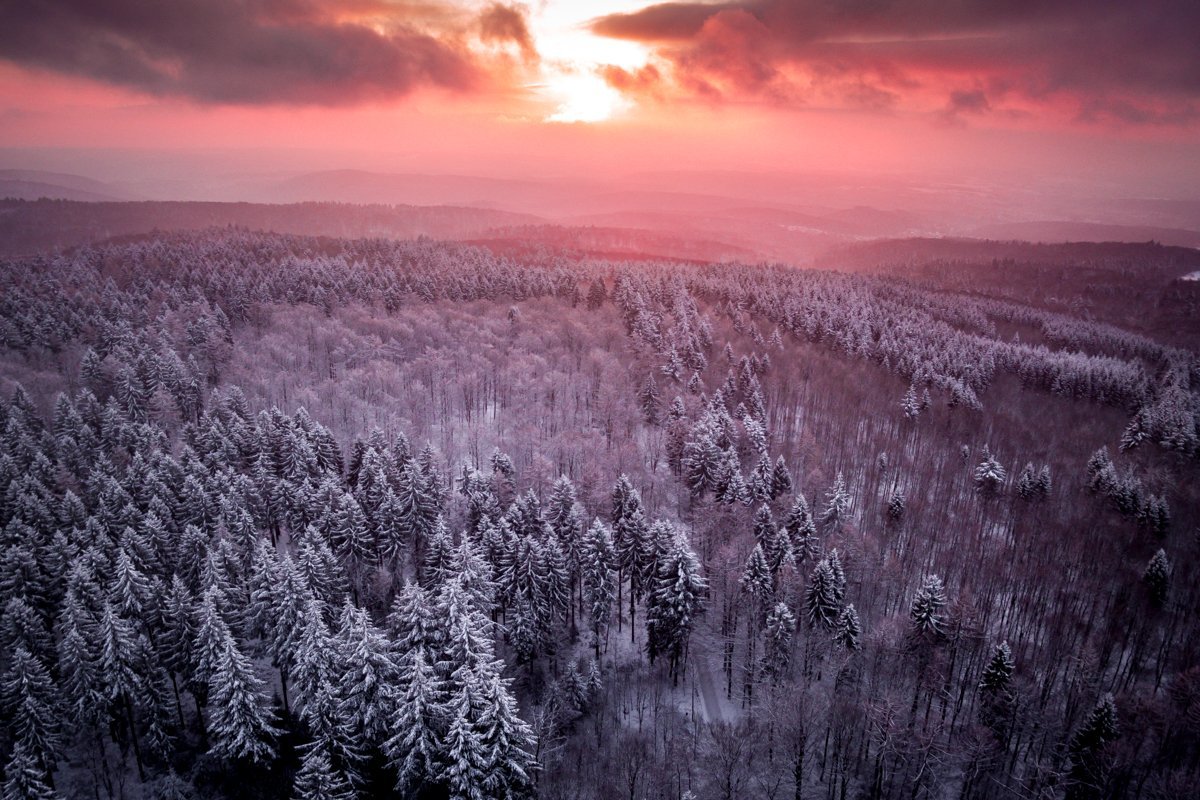 Even though Heidelberg is in the warmest region of Germany, one of the major differences I’ve noticed here is the dramatic change between seasons. Ok, so I lived in Broome for the previous few years where it’s either hot and dry, or hotter and wet. But even compared to New Zealand the four seasons here are incredibly distinct. Summer days are long and hot, with sunrise just after 5 and sunset at around 9.30. Winter days, although mild by European standards, are short and, well, fresh! I had to buy my first ever genuine winter jacket, and for a few weeks there I basically tried not to leave the house if I could get away with it. The weather in Autumn and Spring is mild but unpredictable, an added bonus being I can usually move along the main street without being steamrolled by a Chinese tour group. Also, Because Heidelberg is surrounded by forest, these seasons are full of amazing colour. 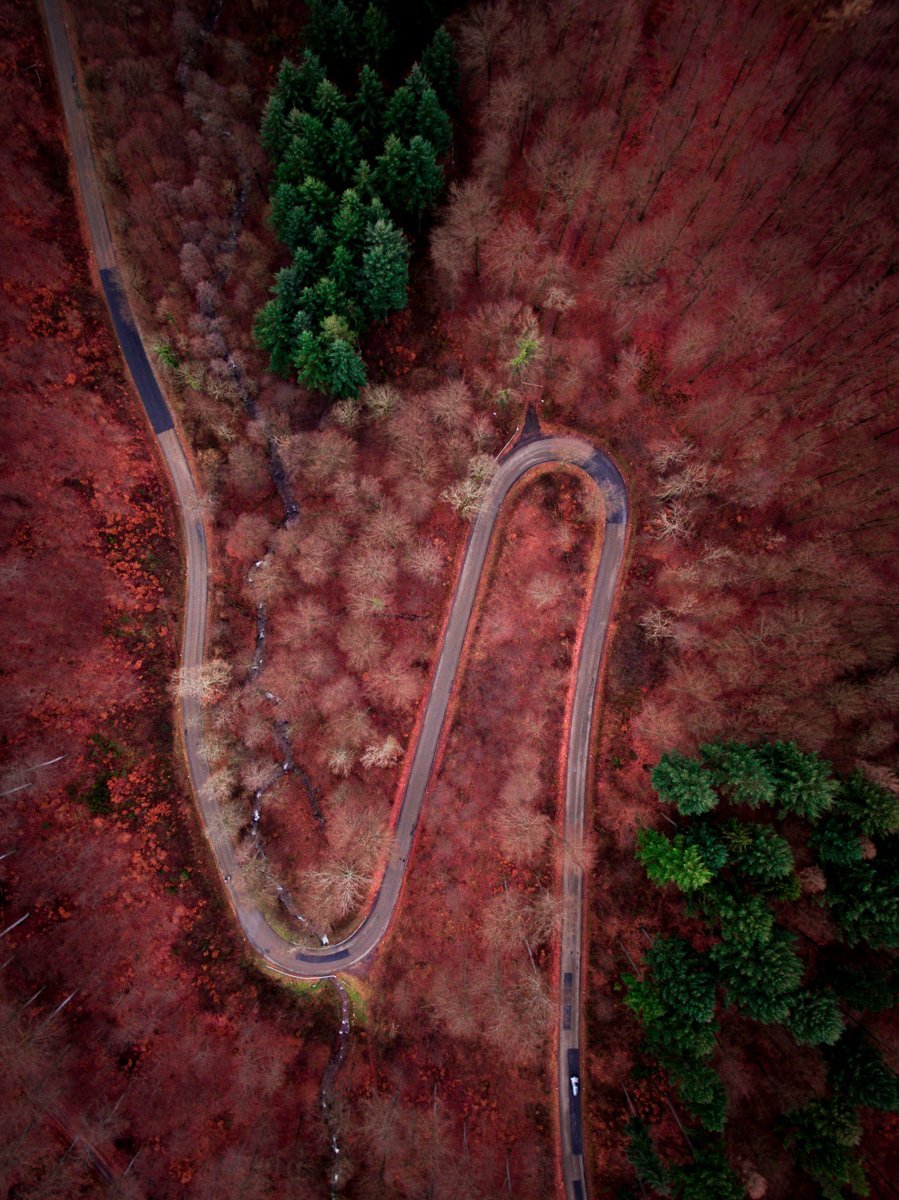 Autumn colour in the hills behind the city.

Here’s a few more of my favourite shots from the past year: 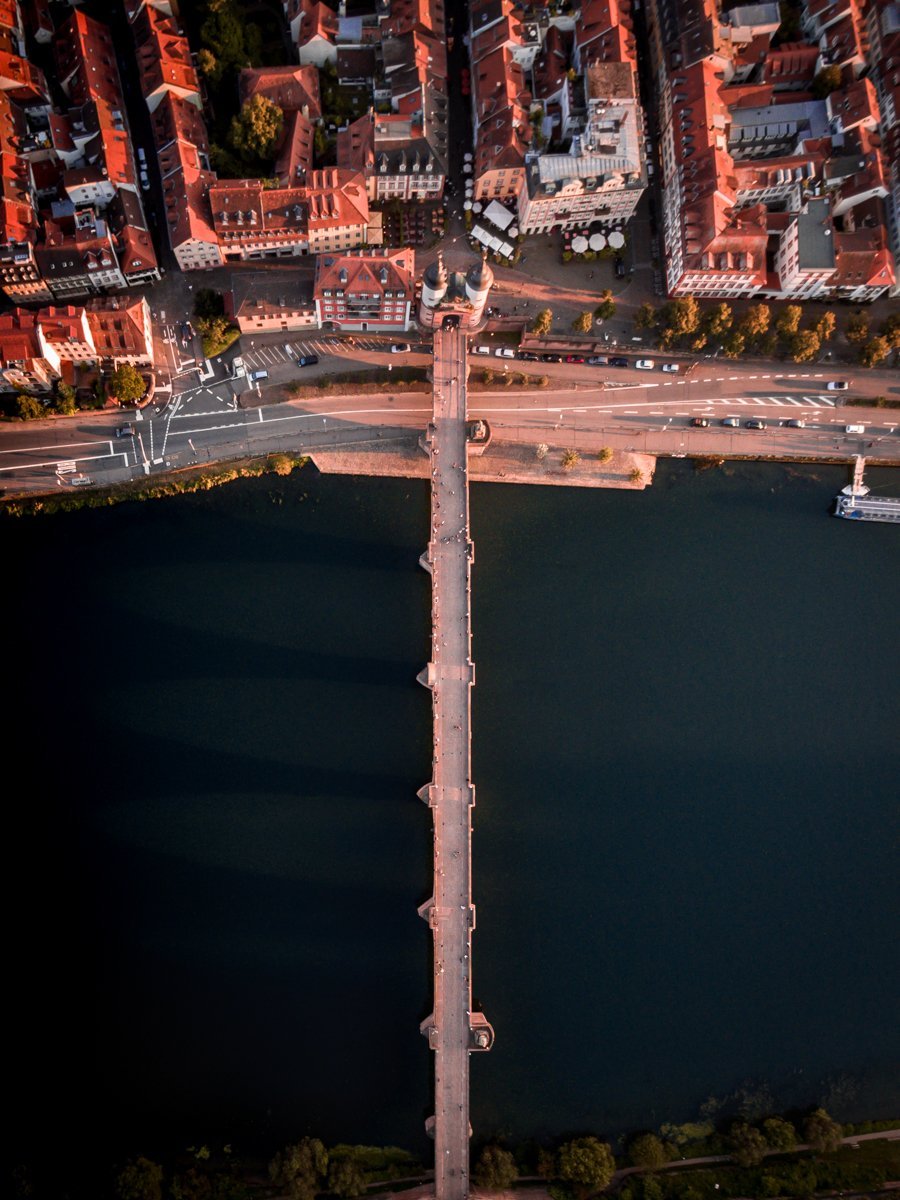 The famous Old Bridge across the Neckar. Early morning fog shrouds the city. As Heidelberg in situated at the end of a narrow valley, this is a common sight in between seasons. Sunset from behind the castle. 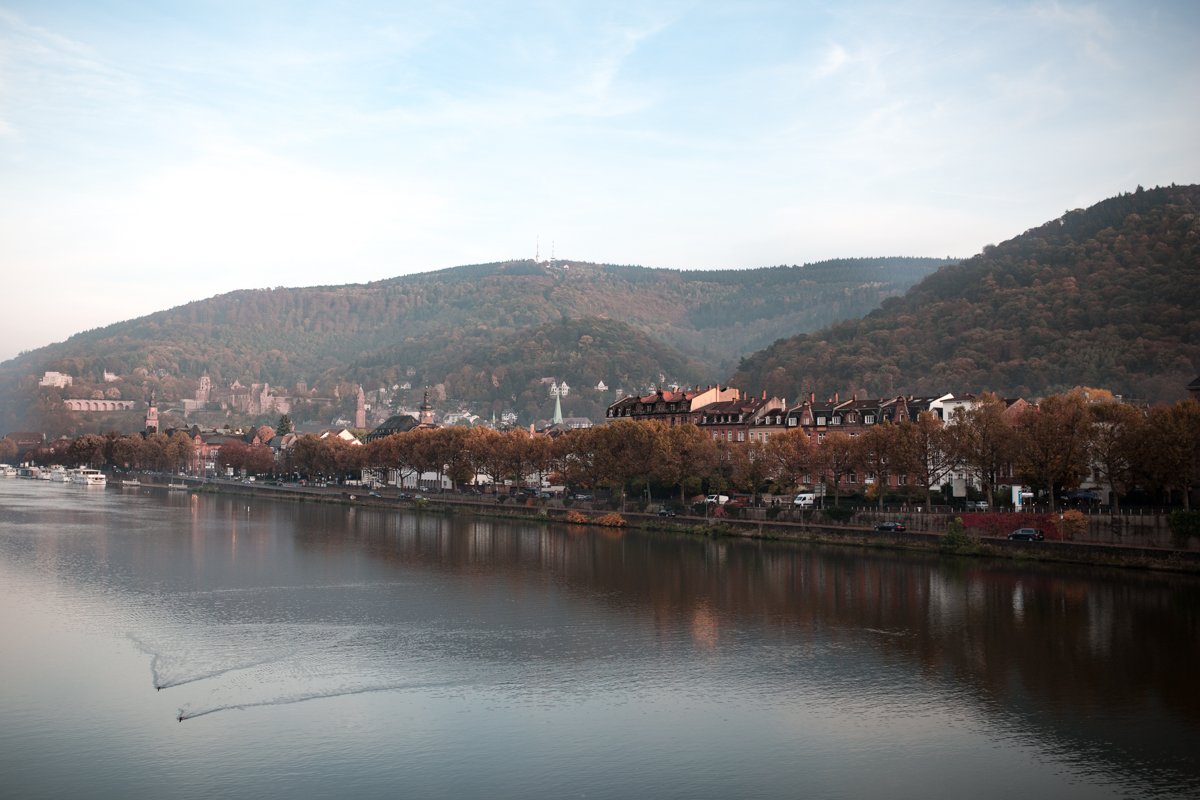 A view of the city from Theodor-Heuss Bridge. 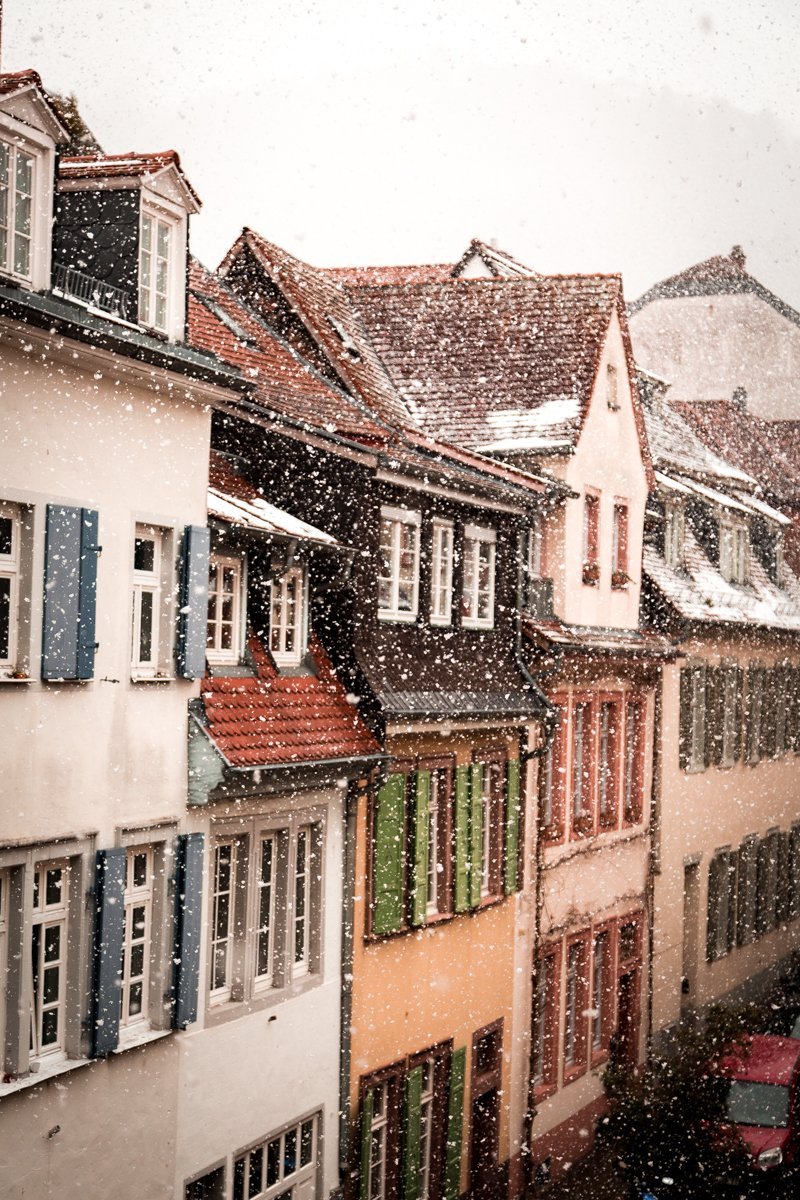 “It never snows in Heidelberg” – So I was told multiple times in the lead up to winter. This was one of about 5 big snowfalls. While I’m not big fan of the cold, I do love snow! 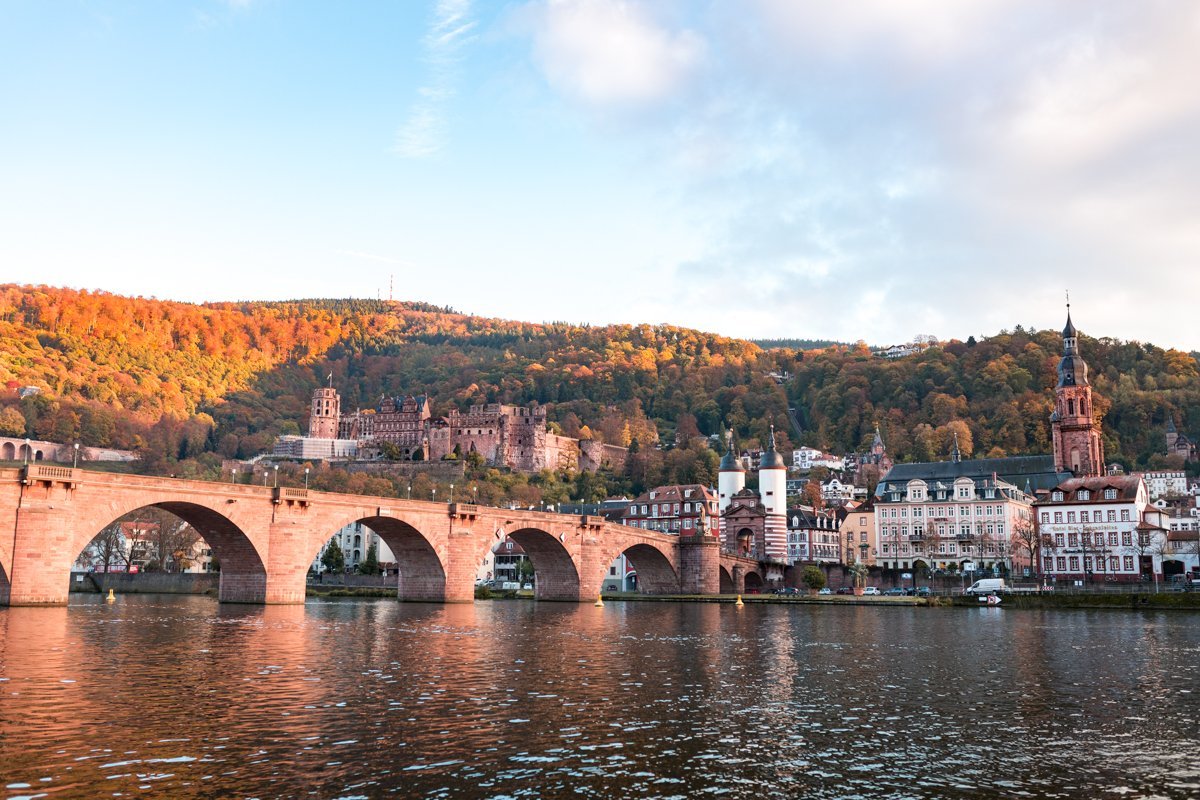 Classic view of the Altstadt, Castle and the Old Bridge. 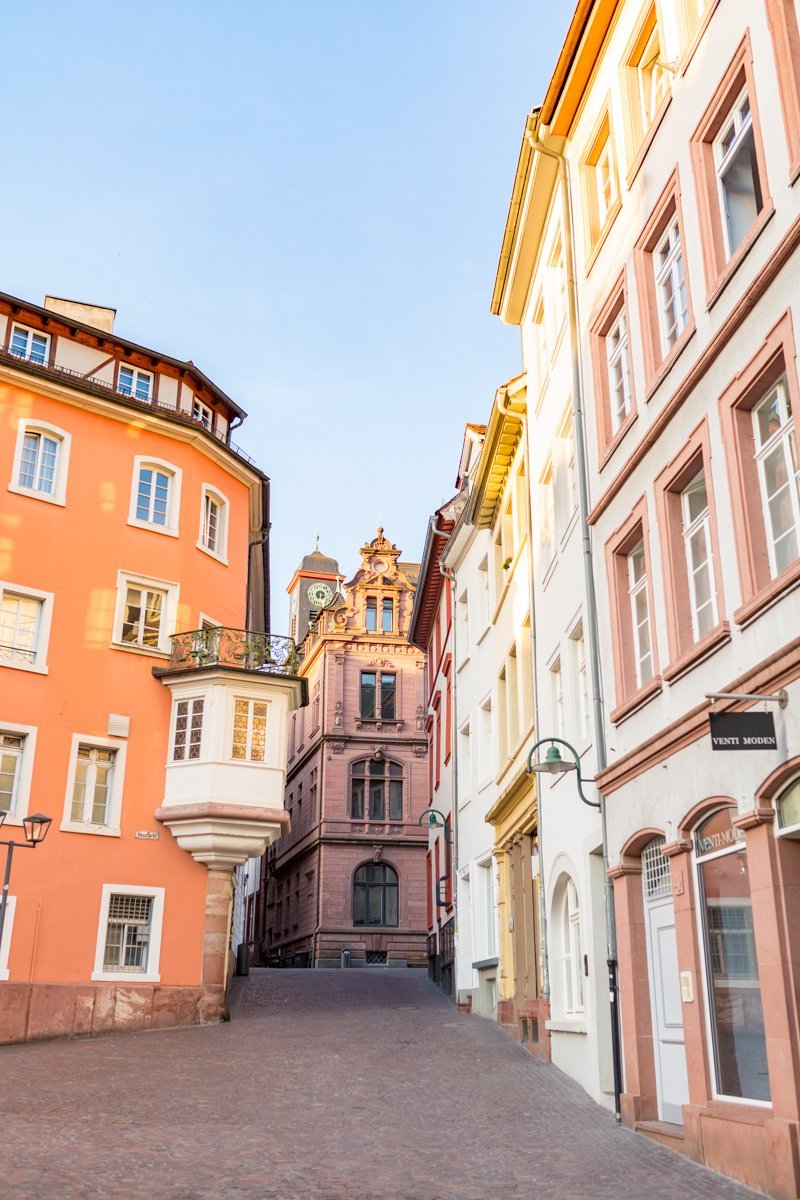 I love all the colour in the Altstadt. If you want to avoid the tourists, get out and explore early in the morning – you’ll have the streets to yourself! 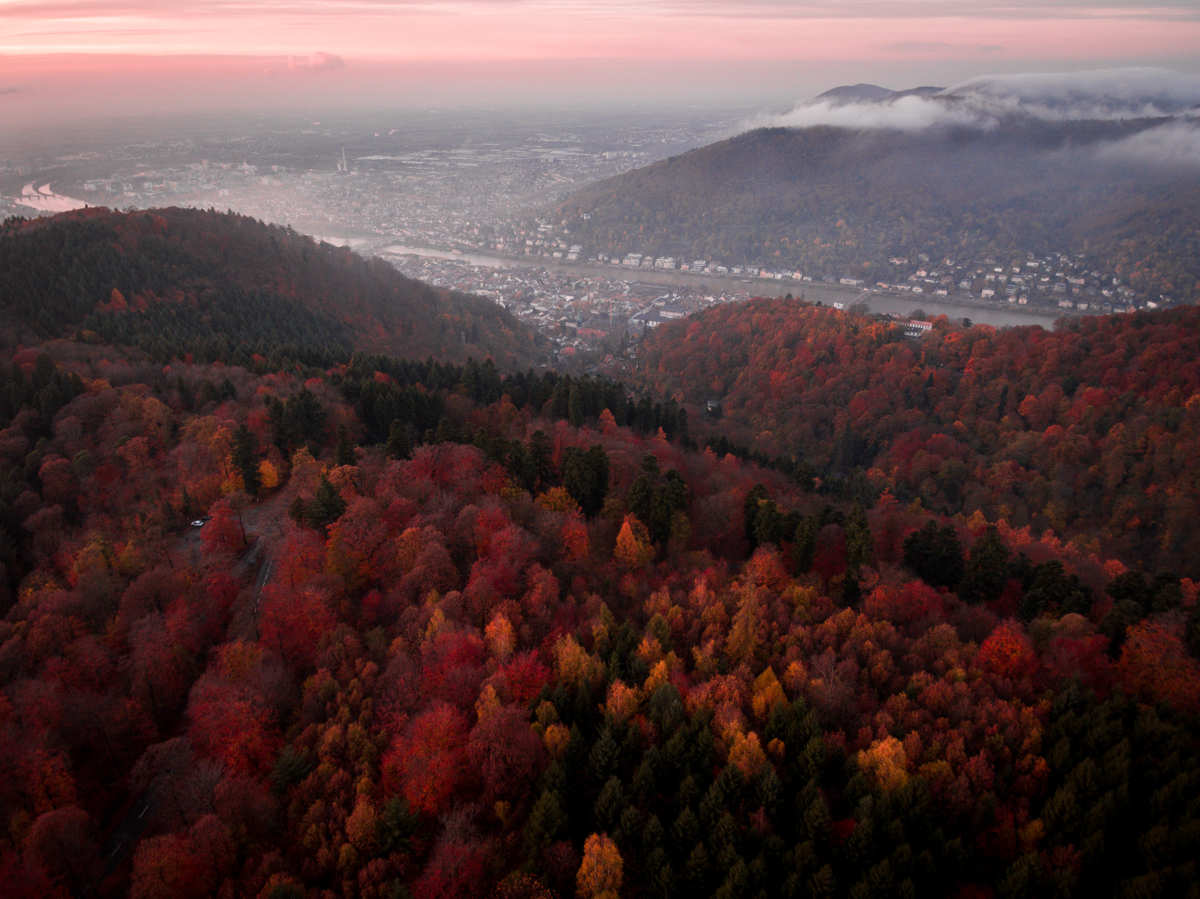 Sunset over the city from Königstuhl. While snowfall coating the city is apparently rare, the hills above do get a regular coating.

New Zealand born and currently living in Germany, I developed my photographic style on the beaches of Western Australia. I have a passion for people, travel and the natural world, and I’m constantly seeking the perfect light. Take a look at the About page to find out my story.

What stunning, beautiful photos. You should be proud of yourself. Cheers.

Hi Annette! Thanks you so much, I’m glad you liked these shots 🙂

Didn’t realise you were such a great writer 👍🏽🙂 wicked drone shots (assuming aerials were via drone) – what are their air traffic rules like? Pretty easy to operate one in those parts?

Hey man, thanks heaps! Yeah they are pretty strict on making sure you have 3rd party insurance and a (fireproof) name tag for the drone, but the restrictions on flying aren’t too bad. Just have to avoid transport routes, airstrips (obviously) and hospitals, police stations etc. There are always grey areas, but if you use some common sense it’s easy to avoid major issues!

It’s interesting how we usually can’t understand why someone would like to love where we do. It seems we only see the disadvantages… As they say, “The neighbors grass is always greener”. Maybe we should see our city/country as outsiders do. (though, of course, you only notice some problems when you live in the place) Loved to read about toir experience!

In the first setence, love = live…

Hey Monica, Thanks for the comment! I totally agree! Coming from New Zealand I never really realised how special it is until I moved away and then went back as a tourist. It’s easy to take your surrounding for granted when you’ve grown up in that environment 🙂